The recorded ambient seismic noise is generated mainly by natural sources such as meteorological and oceanic disturbances. For example, sea waves are capable of producing a certain pressure that can then vertically propagate to the sea floor and generate ground motion. The vertical force will also generate Rayleigh waves; a horizontal component is also present and it is sufficient to radiate Love waves (Friedrich et al., 1998; Lin et al., 2008; Saygin & Kennet, 2012).

Overall most of the energy is propagated in the form of surface waves. Fig. 1 shows the normalised amplitude of ambient seismic noise as a function of frequency, for frequencies less than 1 Hz. Ambient seismic noise above 1 Hz exhibits daily and weekly variation linked to human activity. The strongest source of Rayleigh waves is at periods of 6 to 7 s and corresponds to the interaction of oceanic waves with the seafloor.

The concepts associated with seismic interferometry were discovered independently in different disciplines. In seismology, the pioneering work was done by Claerbout, who showed how the acoustic plane wave response of a 1D layered medium could be obtained by autocorrelating seismic traces recorded on the surface (Claerbout, 1968). Later, Claerbout extended his correlation redatuming theory from buried source to a multidimensional 3D model. This model is referred to as daylight imaging; it shows that it is possible to construct the wave-field that would be recorded at one of the location if there was a source at the other (also referred to as “Virtual source” technique) by exploiting a random distribution of seismic sources emitting incoherent seismic energy. The principal requirement to make it work is that the receivers are simultaneously recording the seismic noise signal. In practice, after recording the ambient seismic noise using a network of seismometers for different months or years, all the traces are correlated over smaller windows in time and the resulting correlogram for each window is averaged over all the time windows. Longer averaging can lead to increasing the Signal (S) to Noise (N) ratio by 2 N with “N” the number of time windows (Sabra et al., 2005). The final correlation (averaged over the entire time window) for a pair station is also known as the empirical Green’s function (Fig. 2). Path density ( for N receivers, the total number of inter-station paths is equal to N(N-1)/2) and its geometry are almost entirely controlled by the configuration of receivers. The most common imaging approach is to extract Rayleigh wave group or phase dispersion curves from all station pairs and then apply seismic tomography to obtain corresponding maps of group or phase velocity. 3-D shear wave speed can then be computed based on the group or phase velocity maps [Bensen et al., 2009; Saygin & Kennet, 2012; Young et al., 2013 a, b].

Below tree different tools to compute Cross correlations and be able to stack them over the period interested which I used for study areas where big geological heterogeneity and high seismic signal attenuation can be encountered:

For the msnoise tool I can easily redirect you to the project web page which is very well documented and easy to follow also for a not very technical person. I had the pleasure to discover this tool and also I was an active tester/coder contributor for a while, especially for the 1.4 version. With it I was able to produce few papers as “Ambient noise tomography reveals basalt and sub-basalt velocity structure beneath the Faroe Islands, North Atlantic (Link)” and “Ambient Seismic Noise Image of the Structurally Controlled Heat and Fluid Feeder Pathway at Campi Flegrei Caldera (Link)”.

About the Tf-pws and Ts-psw (which you can download from HERE) I decided, motivated by the absence of such on-line resource, to realise a tutorial about it which is included in the archive downloaded previously). If you follow the tutorial you will be able to:

3) ts-pws staking [time-scale phase-weighted stack]. An alternative extension of the phase-weighted stack that uses complex frames of wavelets to build a time–frequency representation that is much more efficient and fast to compute and that preserve the performance and flexibility of the tf-PWS.

View all posts by Carmelo Sammarco 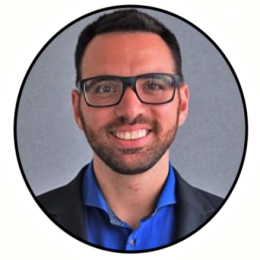